Next up for Nora’s Playhouse, a stage reading of 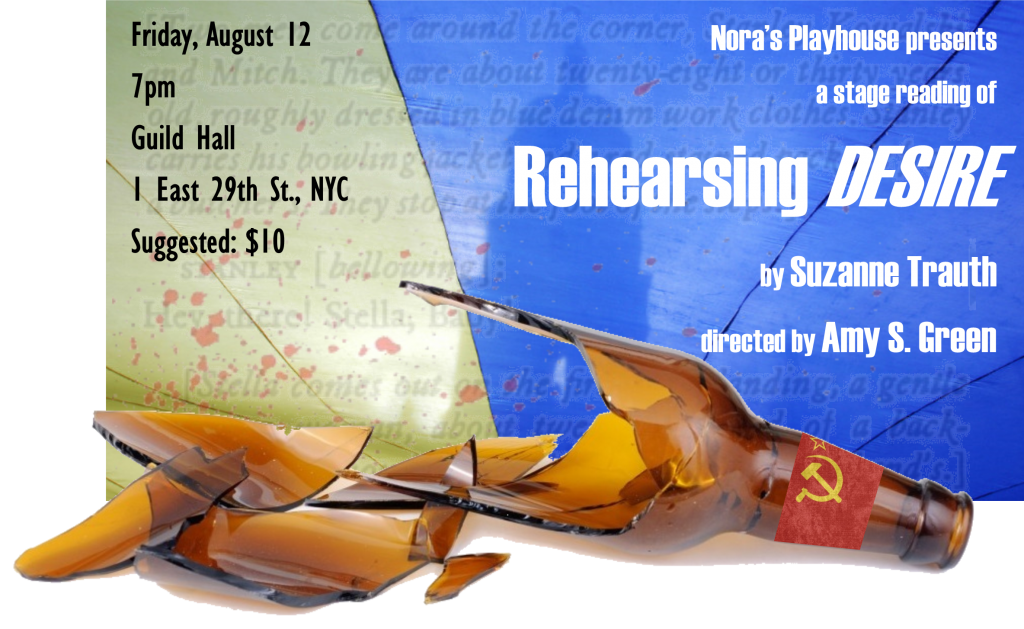 About Suzanne Trauth: Suzanne’s plays include Françoise, which received staged readings at Luna Stage and Nora’s Playhouse and was nominated for the Kilroy List; Midwives developed at Playwrights Theatre of New Jersey; iDream, supported by the National Science Foundation’s STEM initiative; and Katrina: the K Word, in addition to Rehearsing Desire. She is a member of Playwrights Theatre of New Jersey Emerging Women Playwrights program and the Dramatists Guild.  She wrote and directed the short film Jigsaw and her novel Show Time was recently published by Kensington Books. www.suzannetrauth.com.