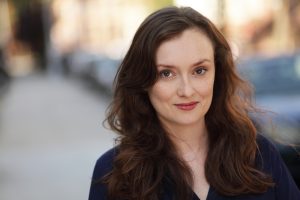 Rebecca is also currently the Assistant Director of the Episcopal Actors’ Guild (EAG), a not-for-profit that provides emergency financial assistance and career support to NYC’s professional performing artists. And you may on occasion see her working front-of-house at St. Ann’s Warehouse.