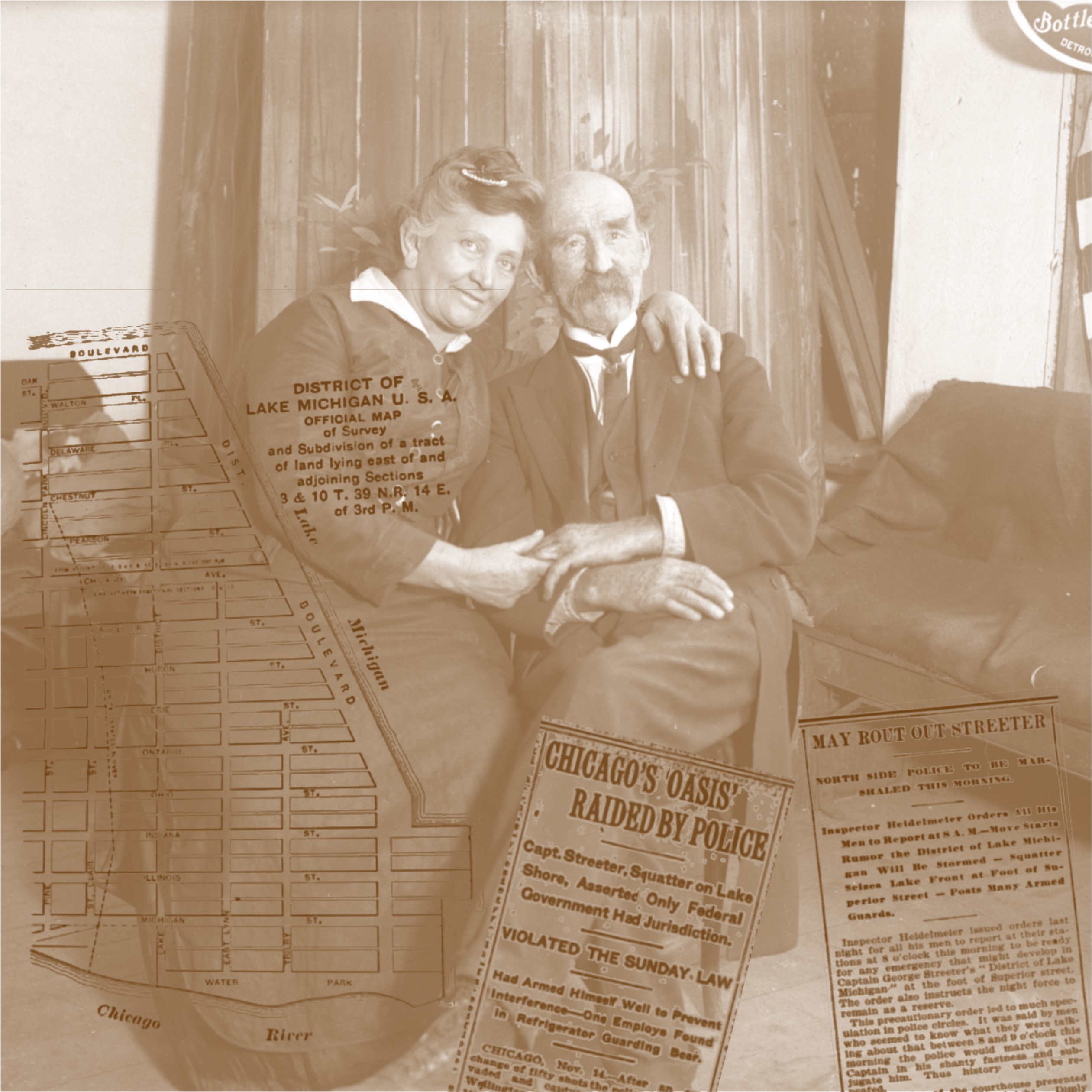 Nora’s Playhouse and our fellow women-in-theatre-focused nonprofit History Matters/Back to the Future are proud to present a staged reading of Leah Barsanti’s Judith Barlow Award-winning play:

The Almost Emperor of the Unofficial Deestrick of Lake Michigan

It is the 1920s in Chicago, and The District of Lake Michigan is thriving. Led by Cap and Ma Streeter, the lakefront plot of land that houses the District is occupied by a ragtag group of Chicagoans living outside the law. They have been allowed to live there, pretty much undisturbed, for decades, but now they are in the way of millionaire Potter Palmer’s master plan to expand his holdings onto Lake Shore Drive. Not one to do his own dirty work, Palmer sends puppets (Sargeant O’Malley and N.A. Warpbank) to remove Streeter and his followers from the land once and for all.

The Judith Barlow Prize is awarded by History Matters/Back to the The Future annually to a student playwright for an  exceptional one-act play inspired by the work of an historic female playwright. The student winner of the prize receives a $2,500 award and a reading of their work in New York City, with a $500 award to the participating professor of the course in which the inspiring play was taught. Leah Barsanti of Northwestern University was inspired by Lorraine Hansberry’s A Raisin in the Sun and sponsored by Professor Roxane Heinze-Bradshaw.

This is Nora’s Playhouse’s first year collaborating with History Matters/Back to the The Future to produce a reading of the Barlow Award winning piece.